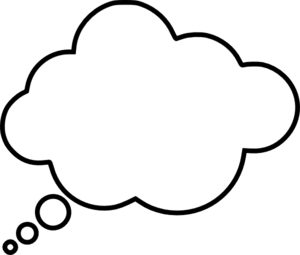 Self-Discipline is NOT the Key to My Success 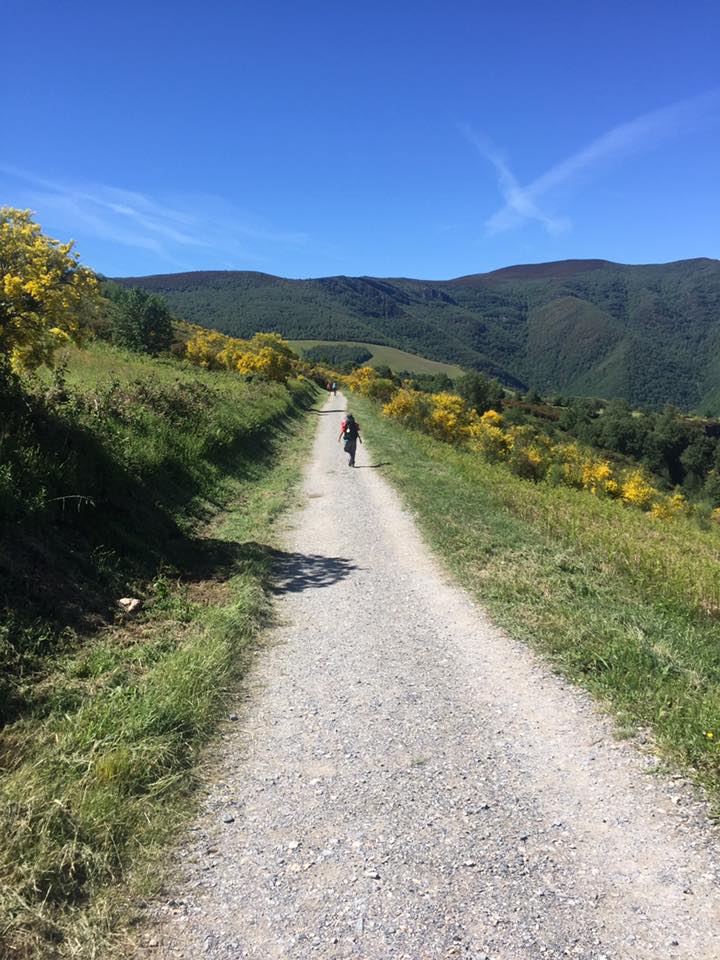 In 2018, I took responsibility for my own health in a way that I have never done before. I averaged nearly 8 hours of sleep per night, drank 7 times more water than I had been drinking previously,  and ate more broccoli than my previous 50 years COMBINED! But perhaps my most difficult accomplishment in 2018 has been walking over 4.8 million steps. That’s an average of 13,002 steps per day.

For those who don’t know me, I am a three time cancer survivor who has undergone 2 stem cell transplants and who expereinces many post-treatment health complications. In April of 2017, my friend Jan Torma lovingly adopted my health and well-being as her special project. Jan invited me to come to a talk at Holy Cross College by Dr. Michael Smith, a holistic doctor and nutritionist based in North Carolina. He offered me hope and a pathway to health that the very best doctors practicing conventional medicine had not offered. What struck me that night was how just about everything he said was based in traditional common sense. To improve health, you’ve got to improve your 1) diet, 2) hydration, 3) sleep, 4) exercise, and 5) stress management. These are all things that mothers have told their children for ages.

Improving my health would require re-engineering many of my daily habits.  Stress management was the only area where I was already strong. Everything else had to change. After 8 long months of concerted effort, last December I was able to declare a victory and make this celebratory post on Linkedin. At the time of that post, however, a big question still lingered in my mind. Would I be able to sustain these changes over the long haul? Short term success is great, but these sorts of changes are only effective if they are sustained day after day, year after year.

During those final 8 months of 2017 I began to walk enough to average the highly  recommended 10,000 steps per day.  That was good. But I felt like I could do more. So last January I looked at my progress and told myself that I should shoot for something higher. I made it a goal to average 12,500 steps per day in 2018. To get to this number, I knew I’d have to set aside a couple hours per day just for walking. Once I got into it, I realized that as a goal-oriented person, I wouldn’t be happy merely hitting my goal, I’d have to crush it. As two of my sons can attest, our final minutes of 2018 were spent joyfully walking together before the clock struck midnight so that I could finish the year averaging over 13,000 steps per day.  Here are my step totals for the past three years. 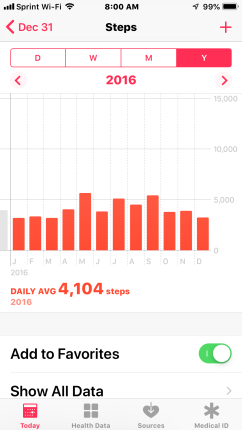 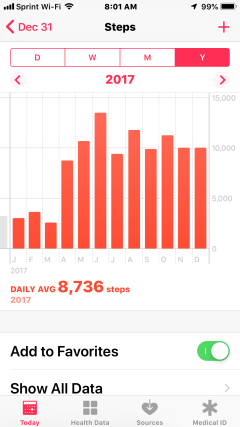 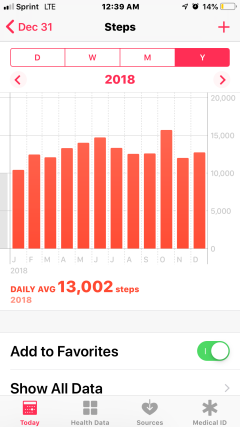 Has all this effort improved my health? Absolutely! Not only do I feel better, but I haven’t been hospitalized a single night in the 21 months since I began my personal transformation. This ended a streak of 14 consecutive years of many nights in the hospital. This past August, after my 17th surgery to remove papylomas on my vocal cords caused by a relentlessly attacking virus, my immune system finally stepped up it’s defenses and has kept the subsequent attacks at bay. Going 4 months without significant papyloma growth is a big improvement for me. We’ll see how long it lasts.

So how did I change myself so dramatically? With tremendous self-discipline? No, I wouldn’t say that. Self-discipline played a role, but I think only a minor role. First, let’s define what I mean by self-discipline.

In my mind, there are two kinds of self-discipline. The first is characterized primarily by will power like when I am tempted by something and I overcome that temptation by a sheer act of the will. Internally, it often feels like something negative and painful. I want to eat that doughnut so badly, yet I grit my teeth and walk away from it. Self-discipline of this sort is important and helpful when you’re in a pinch, but it’s just not effective as a long term strategy.

The second kind of self-discipline is characterized primarily by intense focus, like when I purposely develop a schedule and then follow it without wavering. This usually involves developing a narrow sort of tunnel vision that excludes all distractions. This too is useful to some extent, but it also is fraught with danger. It’s most useful when I am alone. It can be dangerous when I am around others. The danger is that I am tempted to make following my schedule more important than anything else. For instance, this sort of self-discipline makes me think that I can’t stop for a moment to truly listen to my daughter because I have to “stay on schedule.”

THE POWER OF POSITIVE MOTIVATION

The key to success for me is having positive motivation, something compelling that I truly want to acheive or attain. I live in the Midwest. There were many cold nights in 2018 when I didn’t really want to go out for a walk. There were many rainy nights where I had to take most of my steps in a parking garage. Between the cold, the rain, and the other distractions of life, how could I possibly keep myself on task? Not by the two kinds of self-discipline I described above, that’s for sure! It took positive motivation for me to go out walking in all kinds of conditions. That motivation came from two sources:

I want to live and I like to walk. It’s that simple for me. I could only bring myself to do something difficult because I had a good reason for doing it and I decided to acquire a taste for it. If for some reason I got sidetracked by something unexpected, I was able to adjust and then come back to pursue my step goal later without a great deal of angst.

This distinction between self-discipline and motivation is a key for me in understanding how to motivate others. When I was given chores as a child, they were drudgery because all I ever focused on was completing the task out of obedience. It took self-discipline because I didn’t care if the house was clean or dirty. I didn’t see the point. Today, I understand that when I can get my kids to see a positive vision of a clean and well run house, they are capable of actually deriving satisfaction from their chores. That’s motivation. I’m not saying that they always love to do them, just that when they buy into the vision and are properly motivated its not all negative, negative, negative and they do a better job.

In all honesty,  I’m still learning about how to get myself to do things that are difficult. I’ve still got some “dragons” to slay in this arena. But this is a good start. I now realize that focusing on motivation is far more effective than self-discipline, though both I admit are necessary.

(I’m interested in your thoughts too. Please leave a comment if you’ve got a success tip or further thoughts on motivation vs. self-discipline.)